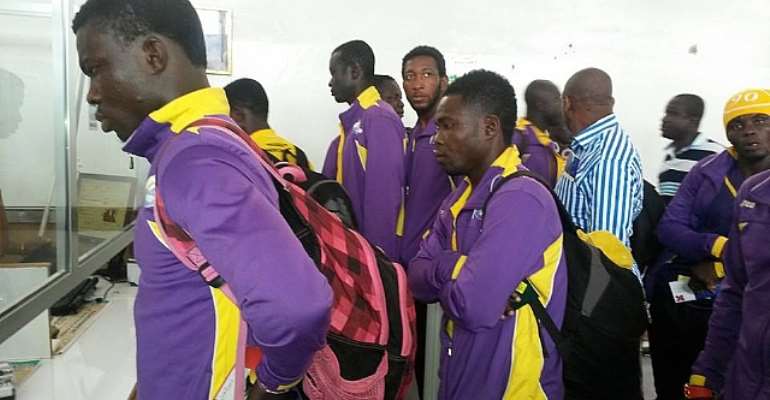 A team of 18 players, six technical officials and four management members left Accra on Thursday morning for the decisive final qualifying round game.

The Mauve and Yellows are on the brink of history and must negotiate their tie against the Congolese side to make the group phase.

However, they face a plucky Congolese side which won the CAF Confederation Cup in 2012.

AC Leopards were relegated from the Champions League by Sudanese powerhouse Al Hilal.

Medeama can chalk an amazing feat if they progress to the group phase of Africa's elite inter-club competition.

They have managed successes over Panthers FC, Maghreb de Fes and Zesco United and are confronted with the final hurdle against the former champions.