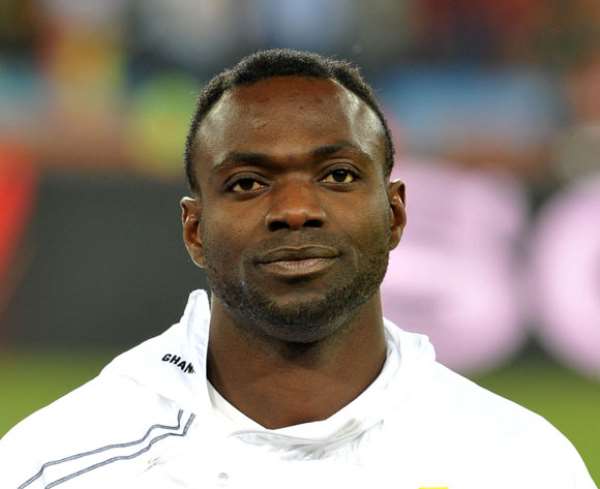 Mensah, 31, is facing a race to prove his fitness with just 56 days left for the start of the global showpiece in Brazil.

The powerful centre-back is still holding onto dream of representing the Africans at the tournament after he joined Slovakian side Nitra FC.

But things have really not spark for the former Lyon man as he seems not have shaken off the recurrent injuries which has wrecked a rather fine career.

Former Ghana defender Joe Addo, who has been an avid admirer of the 'intelligent' defender, has kicked against moves to send him to the South American country if he fails to prove his fitness.

“Any player who is going to represent Ghana at any level of a competition have to be 100 percent fit. It doesn't matter if you it is John Mensah or John Boye or John whatever,” he said

“He has to be 100 percent. Just because you are John Mensah does not give you the free path to join the national team.

“So, if John Mensah, as much as we need him to man the back for us, if he is not 100 percent fit, then I don't think he should be in the team.

“On the flipside, if he is 100 percent fit and he is as good as the same John we knew before, then there is no doubt in my mind that he can make the squad.”

Black Stars coach Kwesi Appiah will name his provisional 30-man squad on May 13.

The Africans are drawn against Europeans giants Germany and Portugal as well as USA in group G.