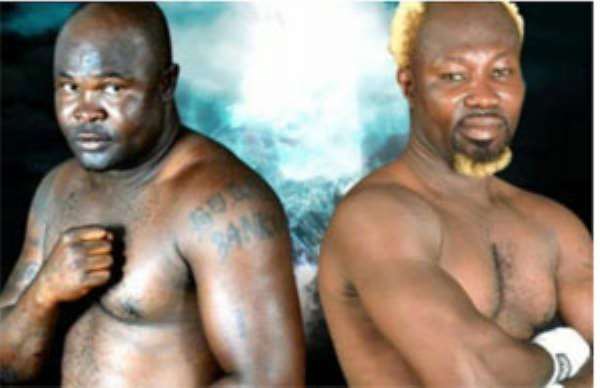 Runaway cruiserweight boxer Michael 'Ayittey Powers' Okine has made a dramatic U-turn regarding his fight with old foe Bukom Banku after pulling out of the much publicized bout code-named 'Judgment Day'.

Powers cited spiritual reasons for his inability to mount the ring on the original date – April 18. He later gave personal reasons and chickened out when the bout was rescheduled for May 16 at the Accra Stadium.

Later, he requested an increase in his purse from GH¢20,000 to GH¢50,000, which promoter Alex Ntiamoah declined.

His decision to pull out generated debates from all quarters with some calling him a coward who was scared to fight the undefeated Bukom Banku.

However, the Korle-Gornor-based fashionable boxer rescinded his decision and later put pen to paper for the second time to formally announce his readiness for the anticipated uncompromising clash.

Powers said in an interview that 'I don't want to spoil the fight. I want the fight. I want to prove to everyone that I am still Powers. So if Banku's managers are serious, they should stop the bragging and put on board GH¢50,000 for both boxers,' he noted.

'I had a contract to fight in Australia in August but I said no because I want to come and fight Bukom Banku. I wanted to fight winner-takes-all because I know I will beat him any day, anywhere. I'm ever ready,' Powers bragged.

Meanwhile, Powers has apologized to the GBA, his fans and admirers for his actions and promised to put up a good fight on May 16 at the Accra Stadium.