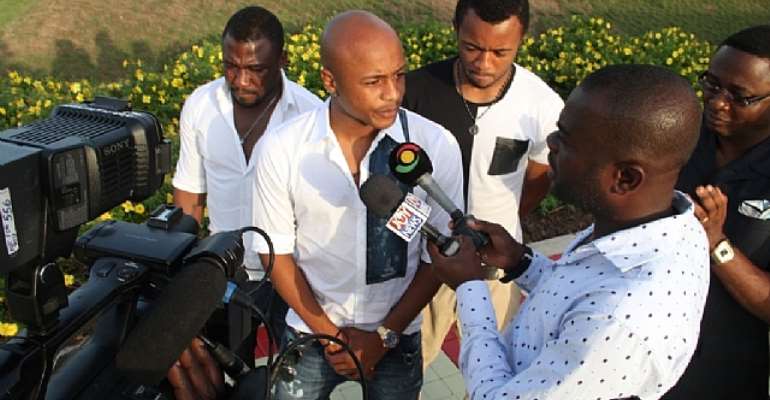 Kotoko midfielder Rahim Ayew has tipped his brothers Andre and Jordan to excel for Ghana at the 2014 FIFA World Cup in Brazil.

The France-based duo have peaked at the right time ahead of the global showpiece for Marseille and Sochaux respectively.

Andre is highly regarded as Marseille's best player this season with impressive work ethics for the side while his younger brother Jordan has shown immense mental toughness and sharpness in front of goal for the struggling French side in recent weeks.

Rahim, who plays for Ghanaian giants Kotoko, is delighted with the progress of his younger brothers and confident they will shine in Brazil.

“I am happy for them (Andre and Jordan). Andre recently scored a hat-trick while Jordan has rediscovered his form,” he said

“I am very pleased with how things are going for them at the moment and I'm confident they will take it into the World Cup.

“Ghanaian should expect a lot from them because I believe in their talents and capabilities.”

The two players are almost secured of a place in Kwesi Appiah's final 23-man squad for the global mundial where the Black Stars will play USA, Germany and Portugal in Group G.