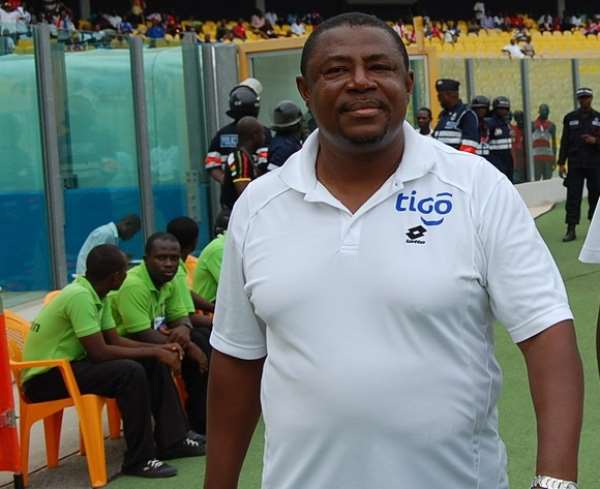 By Rahman Osman
Follow Rahman on Twitter @iamrahmanosman
Ghana U17 coach Paa Kwesi Fabin has praised national team coach Kwesi Appiah for the faith he has entrusted in young players.

During his two-year reign, the ex-Ghana captain has introduced so many talented youngsters in his team.

Jordan Ayew, Abdul Majeed Waris, Christian Atsu, Mubarak Wakaso and Richmond Boakye-Yiadom have been given the chance to

Waris has blossomed and become a firm staple in Ghana's squad for the 2014 World Cup.

He has been impressive at club level after banging in 9 goals in 13 Ligue 1 appearances for Valenciennes.

Atsu has been impactful whenever given the opportunity and tormenting opposition defenders with his pace and trickery.

Fabin believes these budding talents have fortified the Black Stars.

“When you look through the Black Stars set up you see exciting talents (Atsu and Waris are examples) who are hungry and want to play,” Fabin told GHANASoccernet.com

“Their contribution gives hope to the team and it leaves the coach with options.

“I think coach (Kwesi Appiah) deserves some credit on bringing those young players into the team they are bold calls and it's turning out well.

“They will be very key if Ghana is to have a memorable World Cup.”