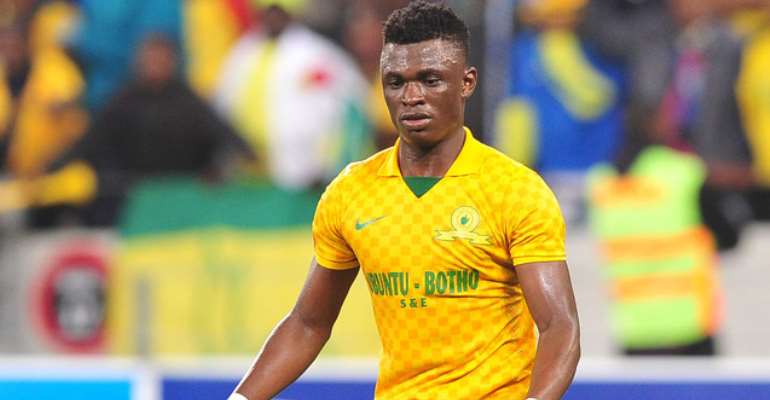 By Rahman Osman
Follow Rahman on Twitter: @iamrahmanosman
Ghana defender Rashid Sumaila has called on his Mamelodi Sundowns teammates to maintain their focus going into the final games in the Absa Premiership.

The former Asante Kotoko defender has been a pillar at the heart of defence for the Brazilians this season.

Sumaila in line to win his first league trophy with Sundowns if they are able to keep their nerves and win the rest of the games left in the season.

Pitso Masimane's men shot themselves into pole position to claim the league title after capitalizing on a slip up by Kaizer Chiefs to beat Celtic 1-0.

“We have our destiny in our own hand and we are now in with a big chance to take the title,”Sumaila said to GHANSoccernet.com

“It's been a competitive season so far and we have done well to be in this position.

“One a personal note it would be fantastic to win a trophy in my first season south Africa but I will urge we do not get carried away as there is still work to be done.

“The team is doing well and hopefully our efforts will be crowned with success.”

Sumaila played part in Ghana's qualification to the 2014 FIFA World Cup finals but he is unsure to make the squad to Brazil.