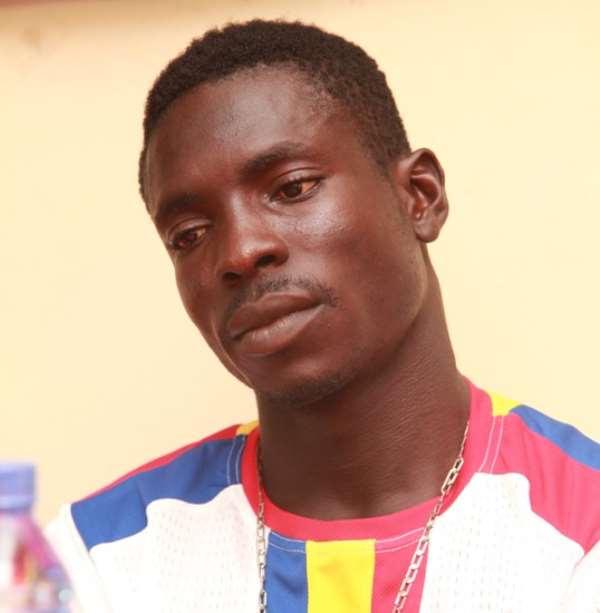 By Ameenu Shardow
Follow on Twitter @alooameenu
Hearts of Oak striker Selassie Adjei says he is unable to sleep and eat following his missed chances in the 2-1 defeat to Heart of Lions on Sunday.

The striker who was brought in during the secondary transfer window from Amidaus Professionals missed a glorious sitter to open the scoring for the Phobians.

Coach Mohammed Polo's side were eventually punished severely for their wastefulness with another home defeat despite taking the lead through an impressive finish from Winful Cobbinah.

And Selassie Adjei who was expected to lead Hearts' revival in the second half of the season but has so far been drawing blanks is taking all the blame for the side's latest defeat.

“It is very disappointing with this latest defeat,” he told Metro FM.

“The team has been fighting for goals and I got a glorious opportunity which I messed up badly.

“I take full responsibility for this defeat because of the opportunities I missed.

“These are chances that strikers don't miss and it hurts me a lot whenever I think about them.

“The coach did his part to give us confidence in training but on the field of play I wasn't able to do it.

“It hurts a lot as I have been unable to sleep and eat.”

Hearts have now dropped to third with their faint chances of reclaiming the Premier League title from rivals Asante Kotoko taking another massive hit for the worse with six matches to go.