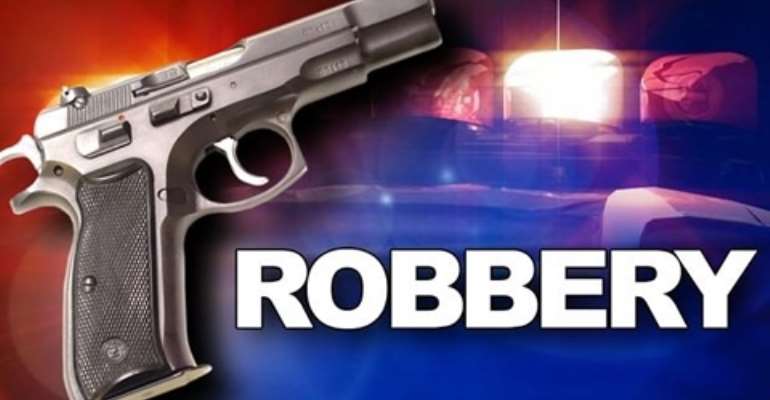 Two of the eight suspected armed robbers who were arrested in Koforidua by the Eastern regional police command have been handed a total sentence of 70 years in hard labour.

Samuel  Kwame Akwetey, alias Agbeko,35, and Isaac Agbomor, popularly known as Baaba , 22, were sentenced to 35 years each for pleading guilty to a robbery case at Koforidua-Old Estate on November 22 last year.

Akwetey and Agbomor together with six others were standing trial for their involvement in numerous robbery cases in the New Juaben municipality.

Delivering his judgement, Mr. Emmanuel Osei-Darko, a circuit court judge in Koforidua said on November, 22 last year the duo together with Harrison Ofori at large, stormed the residents of a seamstress (name withheld), broke into her house and robbed her of her plasma television, five mobile phones, a multi TV decoder, and laptops all totalling Gh¢6,800.

Mr.Osei-Darko explained that the prosecution led by Chief state Attorney, Mrs. Emily Addo-Okireh was able to convince the court with enough evidence, hence the sentence.

Meanwhile, Godwin Amertonyo, Charles Awuku, Mohammed Zembo, Gideon Boateng and Nicholas Eshun will reappear in court on April, 8 to be tried on 12 different counts of conspiracy to rob, robbery and dishonestly receiving.