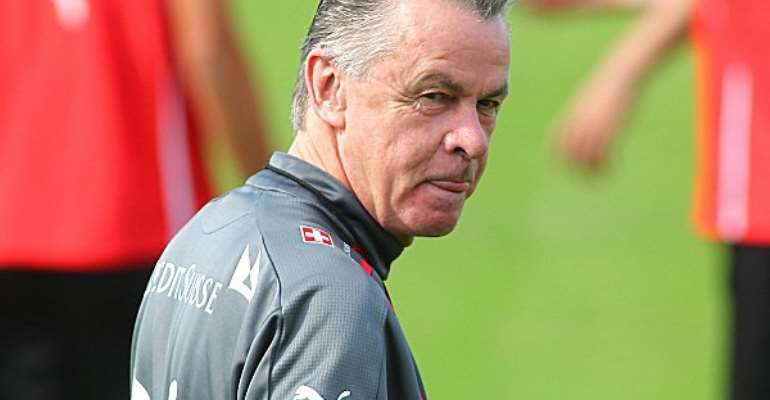 Switzerland coach Ottmar Hitzfeld has ruled himself out of a future coaching job with the Black Stars.

Switzerland coach Ottmar Hitzfeld has ruled himself out of a future coaching job with the Black Stars insisting his philosophy will be a major hindrance.

The Black Stars is currently coached by Ghanaian Kwesi Appiah, who has become the first local man to guide the team to the World Cup.

The German legend was previously linked with the job after the departure of Serbian trainer Milovan Rajevac with reports claiming his representatives were nearly held talks with the Ghana FA.

But the 65-year-old has denied the earlier reports, insisting he cannot coach the African country because of his philosophy of not coaching a country outside Europe.

“Indeed, nobody told me about that and to be honest with you this is the first time!'m hearing this. Of course, this is one job I would have found difficult taking up because of the challenges involved,” he is quoted by Graphic Sports.

“This is because of language problems. As you can see, I'm not literate in the English Language and I guess it's going to be difficult to coach the Black Stars.”

A trained mathematician and sports teacher Hitzfeld is one of the most successful coaches of German and international football. He has been elected “World Coach of the Year” twice.

He is one of only four managers to win the European Cup/UEFA Champions League with two different clubs, along with Ernst Happel, José Mourinho and Jupp Heynckes.