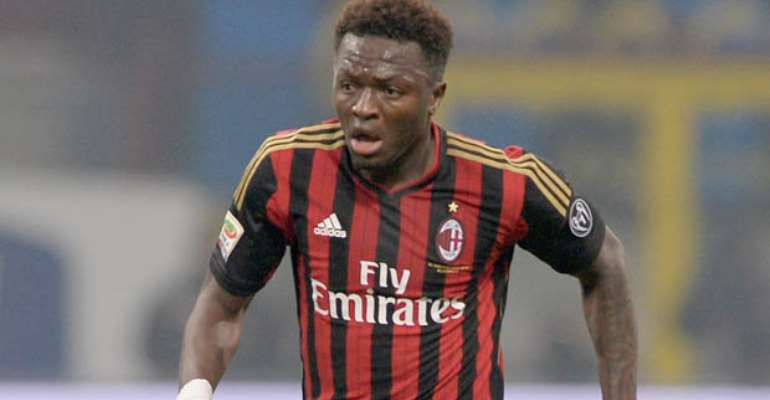 Sulley Muntari could be heading back to England this summer

By Ameenu Shardow
Follow on Twitter @alooameenu
West Ham United will be looking to return Ghana midfielder Sulley Muntari to the Premier League with a planned £4m bid at the end of the season.

The 28-year-old could be one of the casualties in a plotted end of season clearout at Italian giants AC Milan.

Muntari's contract with the Rossoneri however runs out at the end of next season – making him a possible cheap bargain for the Hammers in the summer.

The ex Udinese man was a hit in his first stint with English football with Portsmouth where he was part of a sensational team knit together by Harry Redknapp that won the FA Cup in 2008.

He again returned to the Premiership during a loan stint with Sunderland before eventually joining Milan substantively from cross-town rivals Inter in January 2012.

West Ham boss Sam Allardyce is said to have identified Muntari as a good option for his imaginary new team at Upton Park.

The deal is however heavily dependent on the performance of the Ghanaian at the 2014 World Cup in Brazil and whether indeed Milan will be willing to sell in the summer.