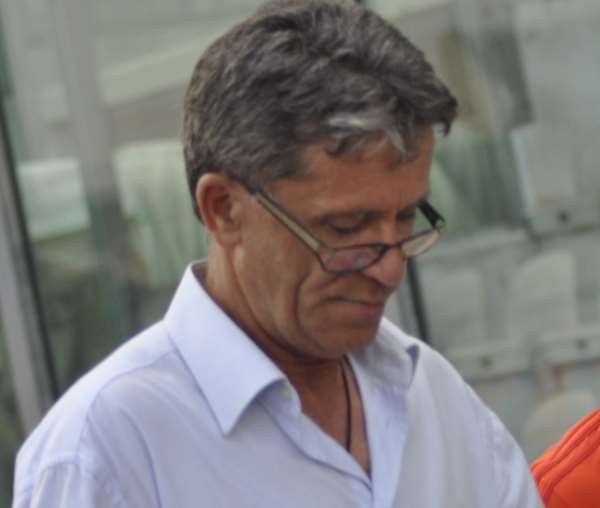 By Ameenu Shardow
Follow on Twitter @alooameenu
King Faisal coach Dorian Marin claims he is being victimized with the seven-match touchline ban handed him by the Ghana FA for a purely 'professional' act.

The Romanian trainer's season on the touchline in the Ghanaian top flight is over after being handed the ban for pouring water on the face of an opposing player during Faisal's 0-0 draw with Hearts of Oak on March 16.

The coach is also to cough up GH2000 (about $800) in fines for his unsporting behaviour which happens to be the second time he is being sanctioned in the Ghanaian top flight.

But the outspoken expatriate coach claims his shameful act is an acceptable norm in world football for which he does not deserve to be punished.

“It was a professional action to deny them to score against us and it was just water nothing harmful,” he told Kumasi-based Nhyira FM.

“I'm 40 years in football, look on TV and watch the Champions League they even break the glasses of the bench.

King Faisal are said to be contemplating an appeal to the ruling made by the Ghana FA's Disciplinary Committee.