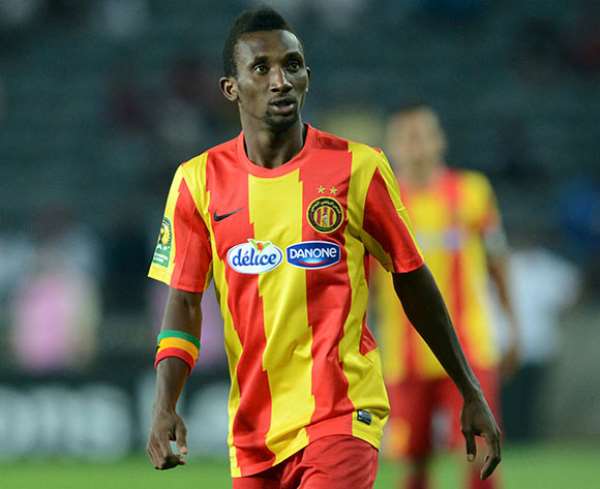 By Ameenu Shardow
Follow on Twitter @alooameenu
Ghana defender Harrison Afful has continued with his new found scoring form by clinching a win for Esperance in the Tunisian top flight clash against CS Sfaxien on Wednesday.

The Black Stars left-back struck in the 53 rd minute to clinch the bragging rights for the champions in the big derby played in Sfax.

Afful scored over the weekend to help Esperance's progress in the CAF Champions League with 3-0 win over Real Bamako.

The Ghanaian has continued with his good form by scoring again in the midweek domestic league clash.

Afful's scoring form despite being a natural defender will excite many with barely two months to the start of the 2014 World Cup in Brazil.

The win gives the Blood and Gold a commanding nine point lead at the top of the Tunisian top flight after 23 rounds of matches.