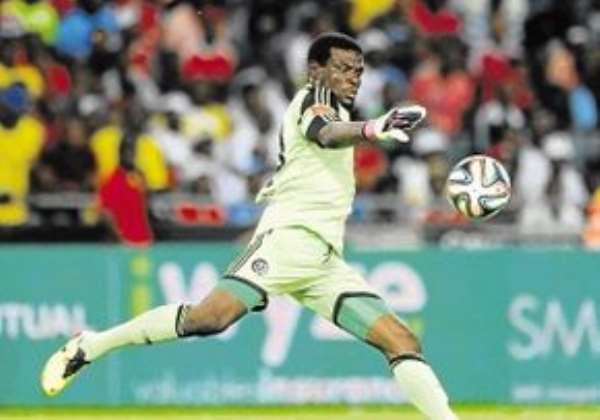 Dauda, who is under pressure from the Black Stars to play regularly to be considered for the World Cup squad, is filling the gap created by the suspension of Senzo Meyiwa.

Coach Vladimir Vermezovic is happy with the fitness level of Dauda, who is also hoping Pirates will win with him between the posts for the first time.

“We have a lot of players in the team, Fatau is one of them and he has been hard at training. He is available for the game and will play,” said the Serbian coach.

“We are geared for a tough one because Aces have been doing well lately, but we are determined to beat them.”

Dauda made his debut when Meyiwa got injured after unsuccessfully trying to stop a rocket-like shot from Hlompho Kekana against Mamelodi Sundowns last month.

Pirates lost the game 1-0. In the second game, Dauda played the entire 90 minutes where they were shocked 1-0 by relegation-threatened Polokwane City.

Kick off is at 7.30pm SA or 5:30pm Ghana time. You can watch the match on SuperSport