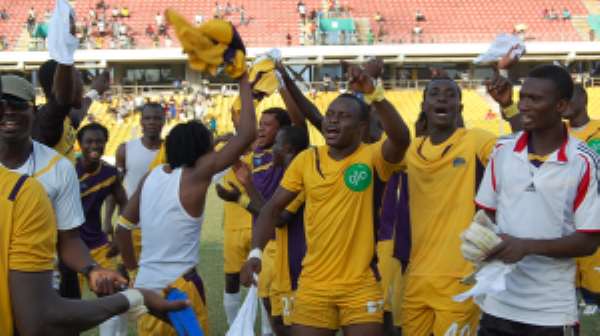 Ghanaian side Medeama face the daunting prospect of playing Egyptian giants Al Ahly in the play-off stage of the CAF Confederation Cup with the draw set for Tuesday.

Medeama will be paired against one of the eight teams eliminated from the 1/8th round of the CAF Champions League.

The Ghanaians eliminated Zambia's Zesco United on Sunday despite defeating Medeama in the return leg of the second round played at Mwanawasa Stadium on Sunday.

The Ghanaian side won the first leg 2-0 to progress to the third round 2-1 on aggregate.

Medeama will find out their opposition in the next round when the draw is conducted on Tuesday, 1 April 2014.

But they could be drawn against defending champions and record eight-time winners Al Ahly from Egypt have been knocked out of this year's African Champions League.

It means that Al Ahly, who were aiming for a third successive triumph, go out 4-2 on aggregate.

The overall losers from the second legs of the Champions League drop into the Confederation Cup, where they will face a two-legged play-off to reach the group phase of that competition.

The winners will progress to the group stage of the Orange Caf Confederation Cup.