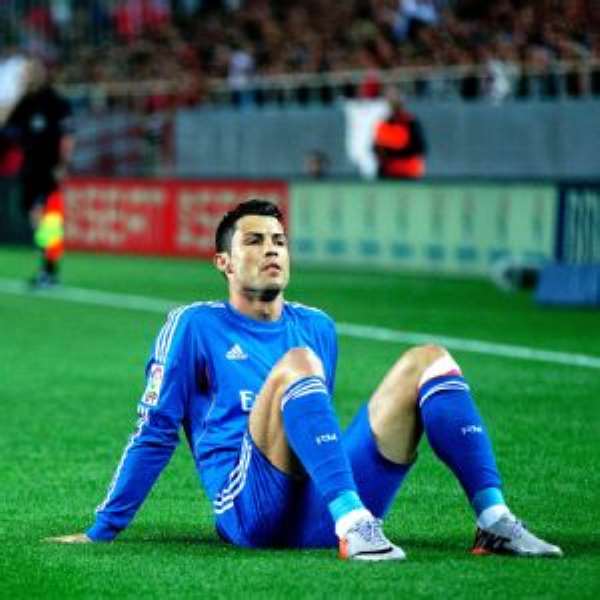 Cristiano Ronaldo said he is glad that Ghana's group opponents Portugal are not considered among the leading contenders to win the 2014 World Cup.

“That takes the pressure off of us,” Ronaldo told the media during a publicity campaign for a new World Cup ad.

“I have faith. We have a tough group but we will go step by step and match by match. The first will be the toughest, against Germany, and then we will see.”

Ronaldo also said he will watch all the World Cup matches, particularly those of Spain and Brazil, “because I have many friends playing.”

Portugal face the United States, Ghana and Germany in Group G. The U.S. meet Portugal on June 22 in Manaus. Second-ranked Germany and fourth-ranked Portugal are the favourites to advance to the second round.

“When I was a kid I always looked up to the national team players and I wanted to be like them,” said Ronaldo, who on Friday was named as a global ambassador for Fly Emirates. “I watched players like Figo. When I was 18, I played my first match with the national team.

“People need to follow their dreams. This is what I tell kids who want to be football players. It is neat but it is difficult, you have to always be under pressure. They should believe in themselves and work hard.”

Ronaldo and Portugal will train at the training centre of the NFL's New York Jets from June 3-9 and go through five sessions there.

Portugal have exhibition games against Mexico on June 6 at Gillette Stadium in Foxborough, Mass., and June 10 at MetLife Stadium in East Rutherford, N.J.