Olympique Marseille reverse decision not allow Jordan Ayew play against them, Sochaux include striker in squad 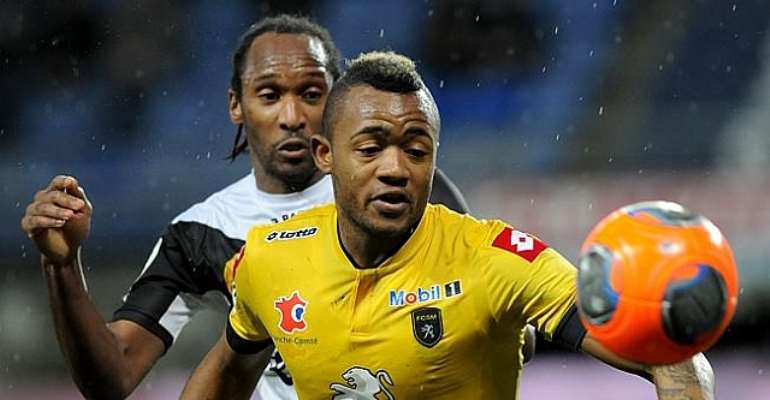 Jordan Ayew will play against Marseille on Saturday evening

French giants Olympique Marseille have reversed their decision not to allow Sochaux field Ghana attacker Jordan Ayew against them in their French Ligue 1 showdown on Saturday evening, GHANAsoccernet.com can confirm.

Les Olympians had insisted the relegation-trapped side must not field the attacker in this evening's clash at the Stade Auguste-Bonal in Montbéliard as a clause in his loan agreement reportedly prevents him from playing.

But after Sochaux's insistence and thorough review of the contractual terms, Marseille have softened their stance and agreed to allow the 23-year-old play against his parent club.

Jordan is only making a return from suspension after taking a red card in their Sochaux's 2-1 loss at Monaco three weeks ago.

The Ghana international will not only be playing against his parent club but will face his elder brother Andre Ayew who will also start for Marseille in the game.

Jordan has scored once in 9 games for Sochaux since he joined them in January.