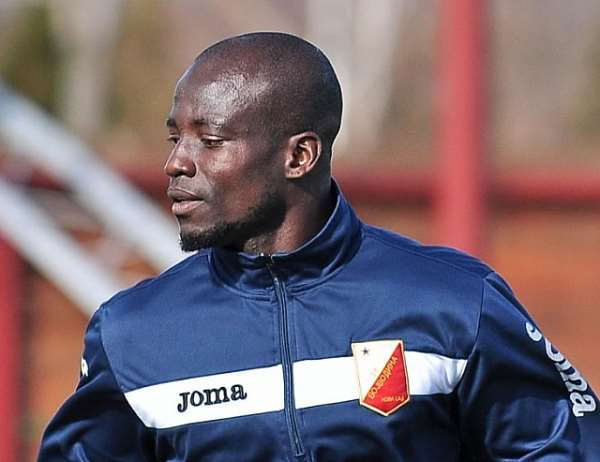 By Patrick Akoto
Ex-Ghana Stephen Appiah has thrown a huge gauntlet by asking current Black Stars players to demand for more money ahead of the 2014 FIFA World Cup to cater for their lives after football.

Hell broke loose after government approved $9 million for the tournament with claims the amount was too high for a developing and poor-stricken nation like Ghana.

Players will bag $75,000 as appearance fee each with $15,000 earmarked as winning bonuses at the global showpiece.

The confirmed figure from the Sports Ministry continues to wage on in the media as others have drawn comparisons with other participating countries.

The Ghana government was forced to cut down a reported demand of $100,000 as appearance fee from the players – a claim which has been vigorously denied by captain Asamoah Gyan.

Appiah, who captained Ghana to two World Cups has urged the current crop of players to cash-in now that they are actively playing since they will be abandoned if they call time on their careers.

“ I don't understand what is going on with all this talk about bonus. It's the same players who put Ghana on the map so they are doing a good job for the country.

“If I were there today, I will tell them to take more money. I am sure your surprise with what I'm saying but that is the stark reality.

“Asamoah Gyan and the rest, Michael Essien are there (in the Black Stars) now but tomorrow when they are not playing, nobody cares about them.

“I saw how 'golden boy' Abdul Razak and other former players were treated during the World Cup qualifier against Egypt. It was an eyesore and pathetic to say the least.

“Many of our former players are impoverished after serving the nation. And so those who are there now should take more money because when they retire, they will not matter again.”

The 1963 and 65 winning group are yet to be rewarded by the state after they were promised  houses by deceased first Ghanaian leader Osagyefo Dr Kwame Nkrumah.

Every budget for Ghana's World Cup participation resurrects a ritual of debate over whether the amount is prudent for a one-month long competition or an overly wasteful outlay of scarce resources.

Appiah has also been in the news this week after he urged the Ghana FA to allow players to bring along their  wives and girlfriends to camp.

Do you think Stephen Appiah is right with his assertions? Do the players deserve more money? Please make your views known in the box below if you agree or disagree.

I haven’t said NPP is Majority in Parliament – Bagbin clarif...
27 minutes ago