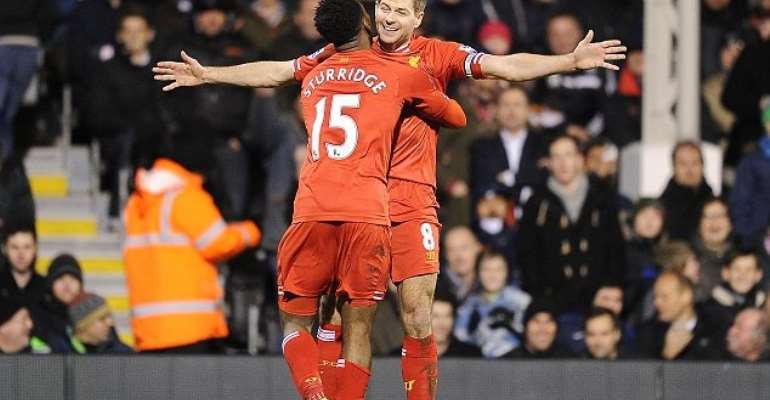 Adam Johnson's free-kick skipped across the face of the Liverpool goal, picking out defender John O'Shea. In 2007, he had scored the winner for Manchester United in injury time here, four minutes after Paul Scholes was sent off.

It was not to be. O'Shea could only manage the faintest glance, and Liverpool breathed again. Their status as title contenders remained intact. The fans could continue singing about winning the league, without fear of mockery or contradiction. Sunderland still haven't won since going out of the FA Cup.

So it was close; but not that close. They haven't had too many around these parts of late, but this is what a title race is like. Hard graft, thrills, spills, the occasional bellyache. Liverpool need to raise their game for the visits of Manchester City and Chelsea next month, but just imagine how many nights like this Manchester United went through chasing down the record number of titles won. Hundreds. Hundreds of occasions when a team fighting for its life at the foot of the table, proved unexpectedly defiant.