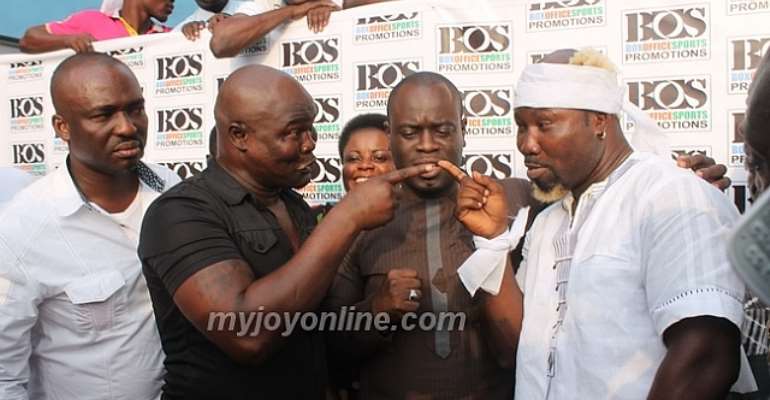 Reports reaching myjoyonline.com / suggest that Friday May 2 has been set as the new date for the much awaited non-title bout between Braimah “Bukom Banku” Kamoko  and Ayittey Powers.

Ayittey Powers's Thursday morning announced his decision to withdraw from the April 18 bout with the reasons given as spiritual.

But reliable sources close to the organisers, Box Office Promotions, say after lengthy discussions throughout Thursday, an agreement on a May 2 date was struck between the fighters, organizers and broadcaster, SuperSport.

The Ghana Boxing Authority had stated that Powers was yet to formally inform them of his decision and in their books, the April 18 bout would go ahead as planned.

What remains under discussion is the issue of tickets which have already been purchased by boxing fans.

It is believed an announcement on that will be made in due course.

Lots of boxing fans had expressed disappointment at Powers' decision to opt out of the bout but it seems the showdown dubbed “The Judgement Night” would still take place between the rivals who had had exchanged very strong words in the build up to the eventual signing of the contract in March 2014.