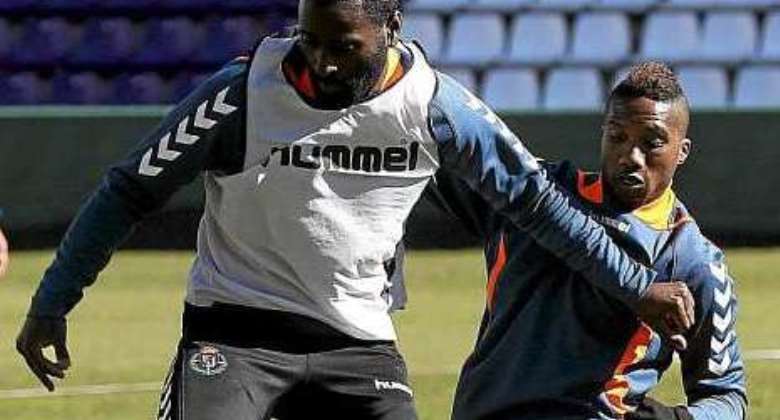 Ghana winger Quincy Owusu-Abeyie has failed to secure a contract at Spanish side Real Valladolid after undergoing trials.

The 27-year-old failed to impress after his almost a month trial period despite his vast experience in Europe.

The Ghana international has played in four different European countries for clubs including Arsenal, Spartak Moscow, Malaga and Panathanaikos.

Abeyie was however unable to recall his vast experience which also include playing in Qatar to land what would have been a career saving contract with the Spanish top flight club.

The former Ajax youth star will now resume his free agent status while plotting his next professional move.