Amoah Returns With A Bang 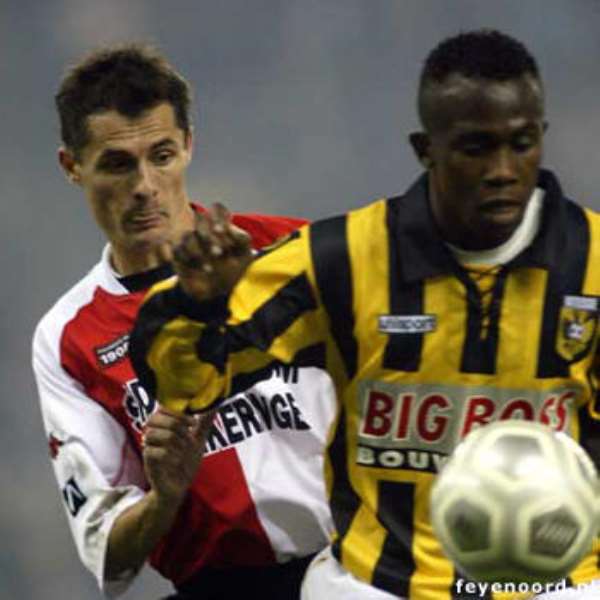 Black Stars midfielder Matthew Amoah returned to action yesterday in the Dutch Eredivisie with a goal on his debut after months of injury.

The 23 year old old scored for the only goal for his team Vitesse Arnhem as they were defeated 2-1 away from home to AZ Alkmaar.

Amoah scored within 11 minutes, after of coming on for Nick Hofs in the 63rd minute of the game.

He is set to regain his starting position from next week to boost the chances his team Vitesse staying in the first division. They currently occupy the 16th position in the 18-team league.

Even though Amoah is a midfielder he has been Vitesse's top scorer for the past 3 seasons.

His return is a major boost for new Black Stars and Black Meteors coach Mariano Barreto for his preparation towards the Olympic games and the World Cup qualifiers.

Amoah was a regular member of the Black Stars team that played in the 2002 Nations Cup in Mali.