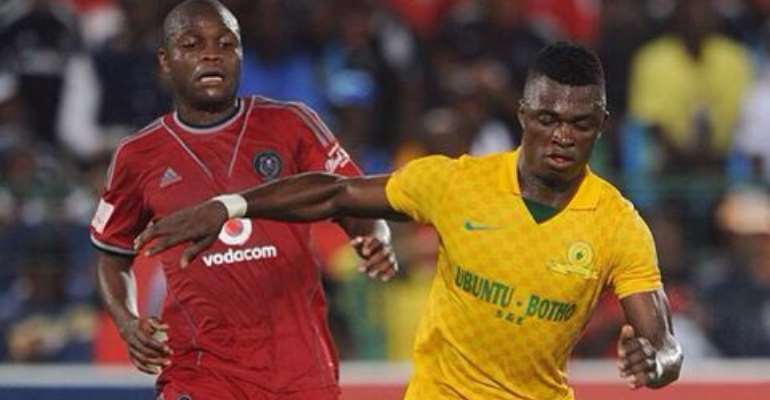 By Ameenu Shardow, follow on Twitter @alooameenu
Ghana defender Rashid Sumiala completed his first full game on his injury return for Mamelodi Sundowns in their 1-0 defeat to Orlando Pirates on Tuesday night.

The 21-year-old was making his first start for the Brazilians since December 20, 2013 where he suffered a hamstring injury.

The Ghana international has since the turn of the year been used as a substitute to ease his way back to full fitness.

Sumiala proved this beyond reasonable doubt as he played the entire duration of the game which ended in defeat to his side in the game played in Pretoria.

A 36 th minute strike by Khethowakhe Masuku eventually proved to be the decider as the Brazilians fell further off in their title challenge in the South African top flight.

Sundowns are now nine points behind leaders Kaizer Chiefs but with a game in hand.

Ghana goalkeeper Fatau Dauda was remained an unused substitute in the game for Orlando Pirates as he continues to deputize for regular Senzo Meyiwa.