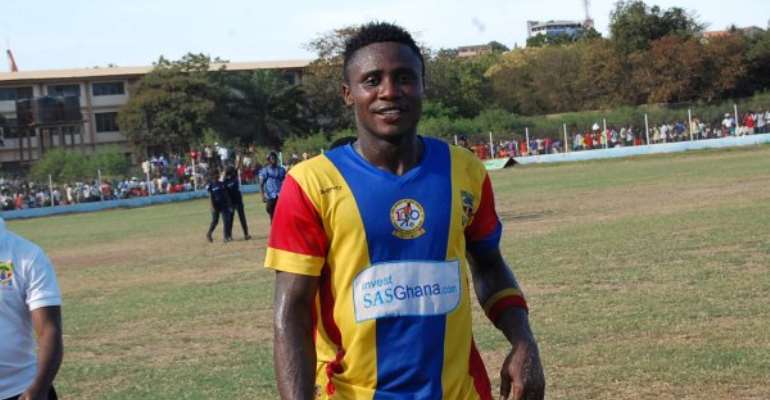 By Akyereko Frimpong-Manson
Defender Nuru Sulley is set to play his first game for Hearts of Oak since returning from the 2014 CHAN where he excelled with the Ghana squad.

The 21-year-old missed Hearts' 1-0 win over Aduana Stars with a knock but did not report to camp for the defeat against Wa All Stars, the club's communications director Muheed Saeed has told Accra-based Oman FM.

However, coach Mohammed Polo has named the enterprising center-half in his squad to face under-performing Ebusua Dwarfs at the Accra Sports Stadium in the First Capital Plus Ghana Premier League on Wednesday.

Striker Ezekiel Tetteh is also named in the Hearts team for the game.