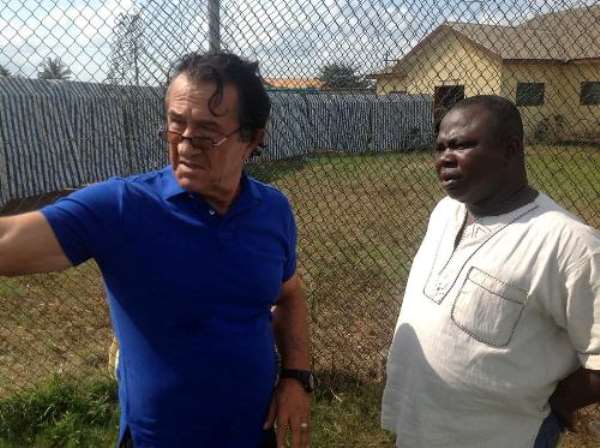 The ex Hearts of Oak player has accused the coach from Montenegro of pointing a gun at him while making death threats.

But the club's administrative head Albert Commey who witnessed the whole fracas insist the coach did not pull out his gun on the striker as being widely reported.

“Yes, there was a misunderstanding between the coach and the player where harsh words were exchanged but there was no point at which the coach pulled a gun on James Abban ,” Commey told GHANAsoccernet.com.

“The coach has a licensed hunting gun and not even a pistol as being reported but at no point did he reach for the gun during the altercation.

“There was no gun pulling and I challenge anyone with evidence of this to come forth. Even the player when pressed will tell you he didn't see any gun.”

Commey went on to give a 'vivid' account of what transpired between the coach and the player leading to the fracas.

“The player disrespected the coach by insulting even his mother when he was told to join the reserve team bus which will leave Dormaa later on to Wa [for All Stars game],” Commey adds.

“He [James Abban ] hurled insults at the assistant coach all the way to the head coach right before my eyes.

“This is an issue we will be tackling with no kids gloves in the coming days.”

Aduana will be away to Wa All Stars in their midweek Premier League match on Wednesday.