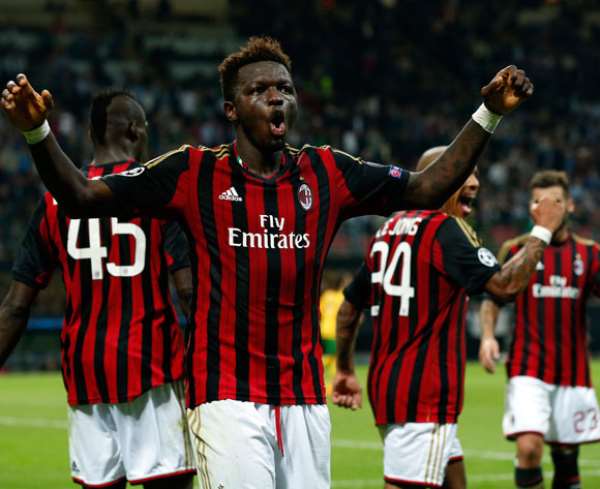 AC Milan will have to make do without midfielder Sulley Muntari for next weekend's clash against Juventus.

The Ghanaian will miss out on the fixture at the San Siro Stadium on Sunday evening  after he picked up his fifth yellow card of the season.

Muntari, who joined the Rossoneri from Inter in January 2012, was shown his final sanction before suspension in Sunday's league match against Sampdoria which will therefore rule him out against Juventus.

The 29-year-old has been a preferred option to Nigel De Jong at times this season with Clarence Seedorf preferring his ability to shoot from distance as a bonus.

This isn't the first suspension Muntari has had this season, seeing him miss out on the two UEFA Champions League matches against Atletico Madrid.

Muntari's goal was famously disallowed against Juventus in the 1-1 draw in the 2010/11 season which ended 1-1 at the San Siro.