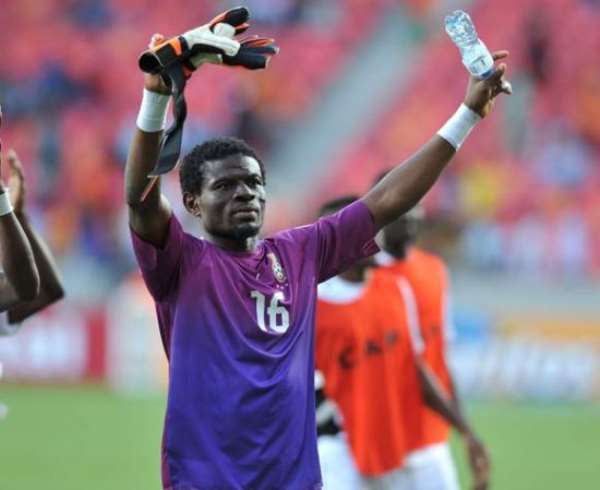 By Ameenu Shardow, follow on Twitter @alooameenu
Goalkeeper Fatau Dauda is the first confirmed candidate for a World Cup place despite being dropped from Ghana's squad for next month's friendly against Montenegro.

The 28-year-old was the major casualty in the latest Black Stars squad for the March 5 friendly in Podgorica but will be going to the World Cup in Brazil.

Dauda has struggled for a regular first team place at his South African club Orlando Pirates – deputizing most of the times for Senzo Meyiwa.

Many are already reading meanings to his omission from the 21-man Black Stars squad for the friendly against Montenegro.

But goalkeeper's trainer of the Ghana national team, Nassam Yakubu says Fatau Dauda has already sealed his World Cup spot even before a provisional or final squad is named for June's tournament.

“ Fatau Dauda kept throughout the qualifiers and he was fantastic so it will be unwise to keep him out of the final squad [for the World Cup],” Yakubu told Accra -based Power FM.

“But we know what he can do and that is why we left him out of the squad [for Montenegro friendly].”

With Dauda confirmed and Adam Kwarasey pretty much safe, only a place in Ghana's goalkeeping department remain up for grabs.