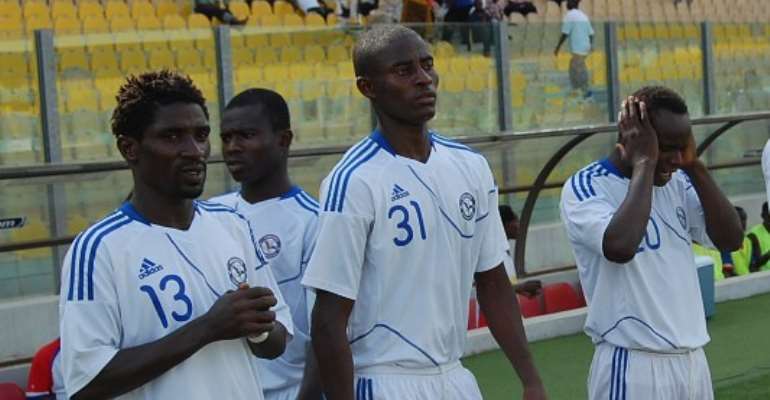 By Isaac Darko
Benjamin Boateng  grabbed a superb comeback by Berekum Chelsea, scoring the winner as they beat Ashantigold 2-1 in their outstanding game of the First Capital Plus Premier League on Sunday afternoon.

The midfielder found the target after 59 minutes, when he slotted home a cool finish to hand the Blues the full maximum points.

Chelsea have equalised earlier through Gabriel Ayala, who cancelled out the opener from Lawrence Lartey.

Lartey broke the deadlock for Ashantigold in the closing stages of the first half but coach Tony Lokko's side staged a fightback to overcome the resilience of the Aboakese lads.