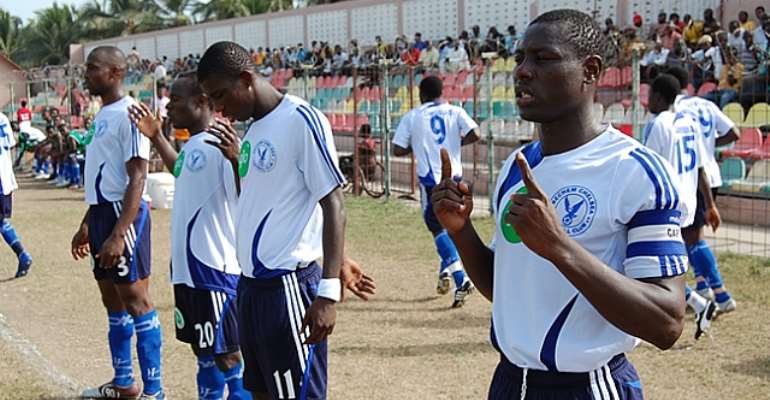 Berekum Chelsea face a tough assignment at home against Ashantigold at the Berekum Golden City Park in the First Capital Plus Premier League.

The Blues begin their quest to play themselves out of the relegation zone in the Premier League with a home game against coach Bashir Hayford's side on Sunday.

With two games in hand in the Premier League and beginning with the visit of the Miners to the Golden City Park, rock-bottom Chelsea will need to win to lift themselves to safety and replicate their progress in the continental club campaign in the domestic competition.

But a win for Ashantigold will put some amount of pressure on second-placed Hearts of Oak who won their last game against Aduana Stars.

The Obuasi based has a better goal difference against the Phobians, and a victory at the Golden City Park will lift them to the second spot on the league log.

In the first leg fixture between the two sides, Ashantigold were held to a 0-0 draw at the Obuasi Len Clay stadium to end the first round of the Premier League in December.