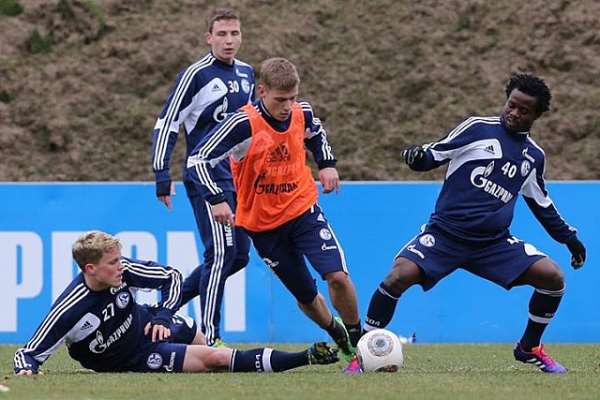 Ghana midfielder Anthony Annan has dropped down the pecking order at Schalke 04 as he has been left out of the Royal Blues's team to face Mainz 05 in the German Bundesliga on Friday night.

The 27-year-old had been in Jens Keller's 18-man squad for their last two Bundesliga games but is axed for the home game against Mainz 05.

Annan is one of the fringe players hoping to impress Ghana coach James Kwesi Appiah and earn a place in the Ghana squad for the 2014 World Cup by earning enough playing time at club.

But his official debut for Schalke in the current season has delayed as he is excluded from their squad to face Mainz.

However, the former Hearts of Oak player could make their Uefa Champions League squad to face Real Madrid in mid-week.