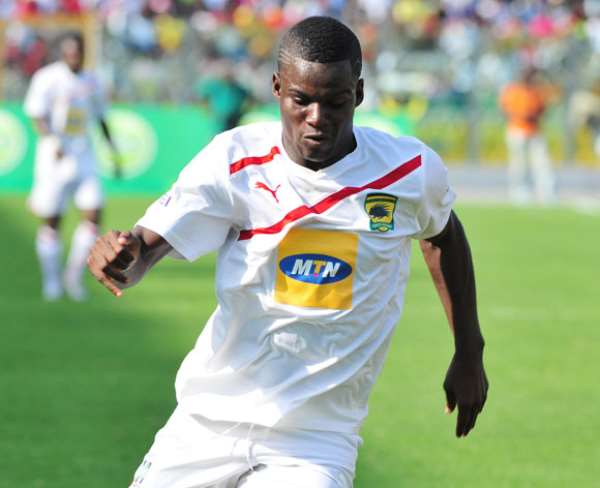 By Akyereko Frimpong Manson
Follow Akyereko on Twitter: @ Akyereko
Former Asante Kotoko star striker Ahmed Simba Toure has revealed he is in a legal battle with Egyptian side Al Masry to cancel his contract.

The Ivorian hit-man has a season left on his three-year-contract with Al Masry but has appealed to the world's football governing body to cancel the rest of the contract.

Toure is dissatisfied with the conduct of the club and breach of parts of his contract clause.

“My legal team has official written to FIFA over the contract termination since last year and FIFA is yet to rule on the matter,” he told Accra-based Asempa FM.

Toure left Kotoko to join Al Masry in 2011 but has made little impact since his switch to the club.

He was reportedly linked with a move to Ghanaian giants Hearts of Oak two seasons ago but the deal failed to materialise over contract terms.