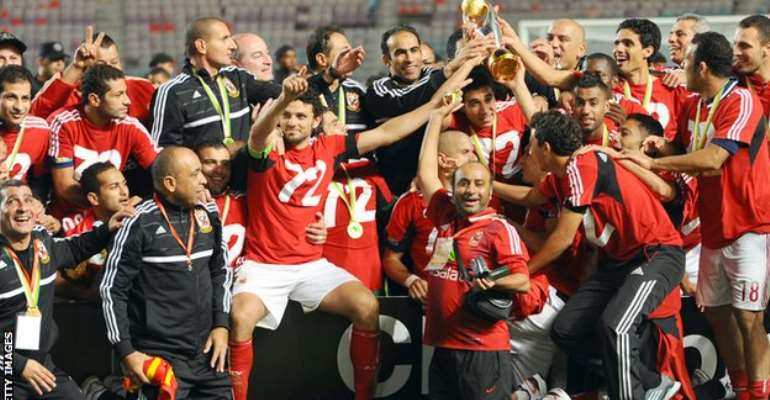 The Cairo 'Red Devils' twice built two-goal leads before a 30 000 crowd at Cairo Stadium only to be pegged back by the resilient visitors.

When Fakhreddine Ben Youssef scored for Sfaxien 12 minutes from time just one goal separated the clubs and a tense finish ensued.

Captain Ali Maaloul was the other Tunisian marksman, converting a mid-second half penalty to bring Sfaxien back into the annual match after they trailed by two goals.

Ahly also had one goal to spare when they met Sfaxien five years ago in the Super Cup, a one-off game between the Champions League and Confederation Cup winners.

While Ahly celebrated another Super Cup triumph, Sfaxien became the unwanted holders of the record for most losses with three.