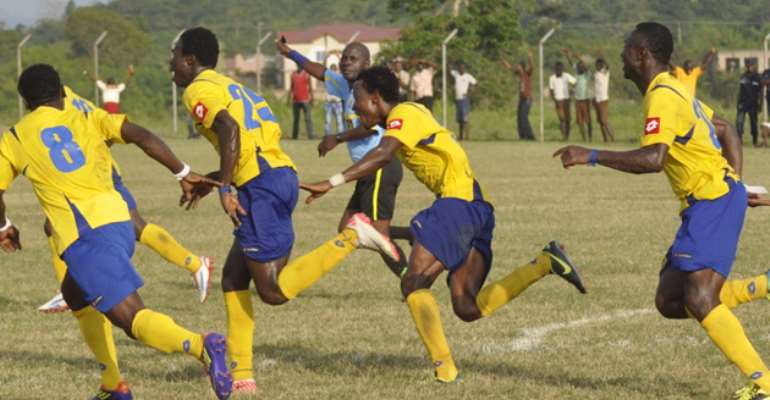 Bismark Idan scored in the 89th minutes as Ebusua Dwarfs fell to a disappointing defeat at home to New Edubiase in the First Capital Plus Premier League on Thursday afternoon.

The New Edubiase striker earned his side the three points in the cloing stages of the game after Dwarfs took the lead in the first half.

Atto Aggrey opened the scoring for Dwarfs in the 8th minutes of the game but Kwame Agyei grabbed the equaliser for the visitors in the 38th minutes.

The home side controlled much of the play in a dismal second half but lacked any creativity to break down the regimented and resolute New Edubiase defence.

Bismark Idan however stole the show for the away side after he sealed New Edubiase's first away victory in this season's First Capital Plus Premier League.

Edubiase has jumped to 6th position on the league log with 24 points.