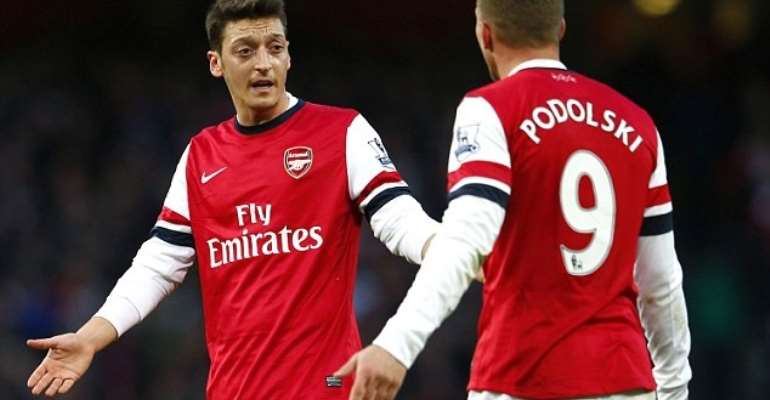 The German playmaker missed a penalty he had won in the early stages before being used as an auxiliary defender on the left wing once Wojciech Szczesny had been red-carded, with the former Real Madrid man heavily criticised for a supposed lack of work rate. http://www.goal.com/en-gh/teams/germany/148/fc-bayern-m%C3%BCnchen?ICID=CP_94

Writing on his Facebook page, Ozil said: "The next morning doesn't feel better either. Sorry guys - it wasn't planned that way. Outnumbered it was really hard to win against this team."

Arsenal began brightly at the Emirates Stadium, drawing Manuel Neuer into a couple of important saves - including his parry from a tame Ozil penalty. From there, Pep Guardiola's side grew into the match and dominated once they had the man advantage.

Although David Alaba missed a penalty for the Germans, goals from Toni Kroos and Thomas Muller secured a commanding lead ahead of the return leg in Munich.

As for Ozil, Wenger said: "I think it affected Mesut. He was still shaking his head five or 10 minutes after that. It had a huge impact on his performance."