First ever sports academy launched in the Upper East Region 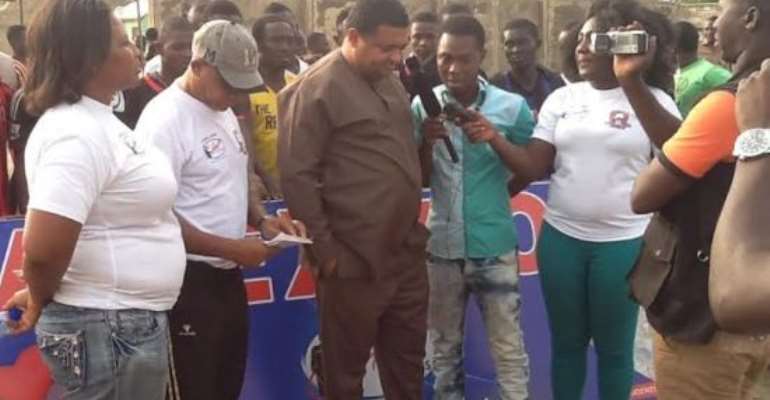 Hon. Yamin was assisted in doing the launch by Ghana legend Abdul Razak on Wednesday.

Twenty Five (25) players drawn from 16 teams from both the Bulsa North and South district will form the first generation of the academy.

The academy, which is the brain child of the chief executive of Kumasi-based Sports consortium; Authentic Sports Listowell Yesu Bukarson will be based in Sandema.

The ex Public Relations Officer of Asante Kotoko, a native of the area says the academy is his contribution towards the enhancement of sports in the country as it will involve other sporting disciplines aside football.

“This project, named after my late father RSM Bukari Kanjaga Awaambe forms part of my little contribution towards the development of sports in Ghana,” he said.

““These core 25 players will form the nucleus of the Awaambe Sports Academy, they will then embark on a series of friendly matches across the country to select and purchase players to form the standing Academy team which will be based in the Bulsa North District capital of Sandema.”

The Sandema mini-stadium will be the home of Awaambe Academy which is registered in the colours of the Bulsa traditional area; red, white and black.

Its logo is the warrior symbol of the Viking to symbolize the defeat of the forefathers of the area of the Samori and Babatu, which victory is celebrated every December with the Feok Festival War dance.

The Academy has already received massive Support from leading foam manufactures in Ghana, Latex Foam Rubber Products Limited who are prepared to be a part of the enviable history of being a part of the first fully Ghanaian owned Sports Academy in the three Northern Regions of Ghana.