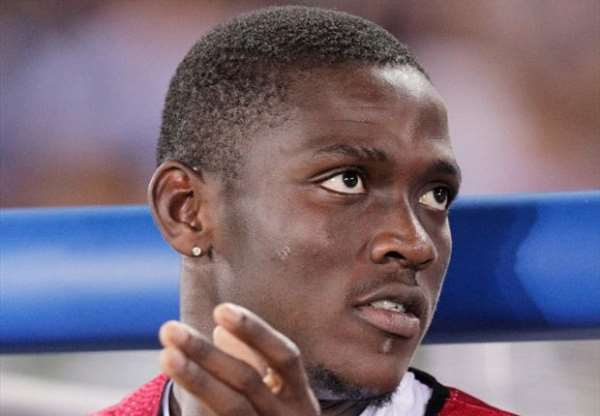 By Ameenu Shardow, follow on Twitter @alooameenu
Ghana defender Daniel Opare considers the 2-1 defeat suffered against Egypt in the second leg of the 2014 World Cup playoff is one of the most difficult games in his career.

The Black Stars had effectively sealed qualification to the World Cup in Brazil by the time they arrived in Cairo for the second leg of the playoff following a resounding 6-1 win recorded in the first encounter in Kumasi.

The Egyptian fans however generated an intimidating atmosphere in the return clash to charge their side into doing the unthinkable by overturning the massive deficit.

The buzz created was however unable to affect the experienced Ghanaian players on the day despite the defeat.

It however left a long lasting impression on the players as confessed by defender Daniel Opare.

“It wasn't easy at all because when we went to Egypt to play the second leg I realized it was one of the most difficult games I have ever played,” the Standard Liege right-back said.

“Egypt are a quality side so getting over them to reach the World Cup was a huge achievement.”

Ghana will be making its third successive appearance at the World Cup finals in Brazil.

The Black Stars have made progressive stints since its debut appearance at the finals in 2006.