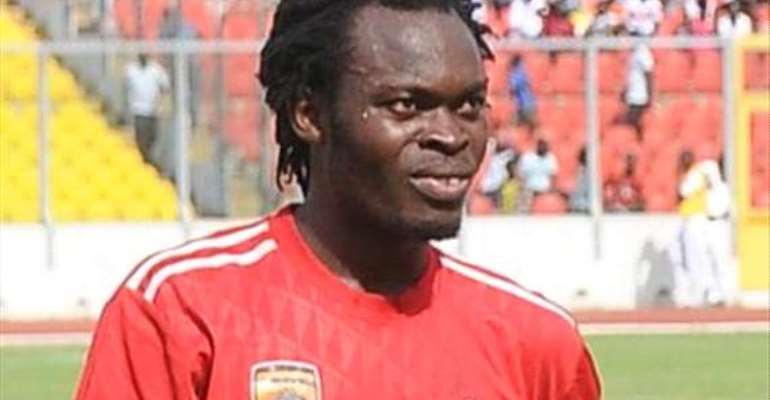 Yahaya Mohammed has signed a pre-contract agreement with Ittihad Tripoli

By Ameenu Shardow, follow on Twitter @alooameenu
Asante Kotoko are primed to take legal action against Yahaya Mohammed for signing for another club without their consent.

The 25-year-old has entered into a pre-contract agreement with Libyan club Ittihad Tripoli.

The Ghana striker signed the agreement under the Bossman rule which allows players with less than six months left on their existing deal to open talks with interested clubs.

Yahaya qualifies in this bracket as he his current deal with the Ghanaian giants expires at the end of the current season.

He can however not conclude talks with a third party without the consent of the parent club of the player in question.

Kotoko chief Opoku Nti says the club is considering all avenues with regards to the laws before proceeding to the next line of action.

“I have been left very much disappointed by this development,” Nti told Asempa FM.

“ Yahaya is the only player who is not owed by the club and even some of the players believe we are giving him preferential treatment and this is how he pays us?

“So for him to be this ungrateful to us for all we have done for him really leaves me dissappointed .

“We will look at the laws and take action against him for disrespecting the club.”

Negotiations were however not concluded until he left with the Ghana squad for the CHAN tournament hosted by South Africa.

JUST IN: Mahama lawyers file another motion to compel EC to ...
34 minutes ago