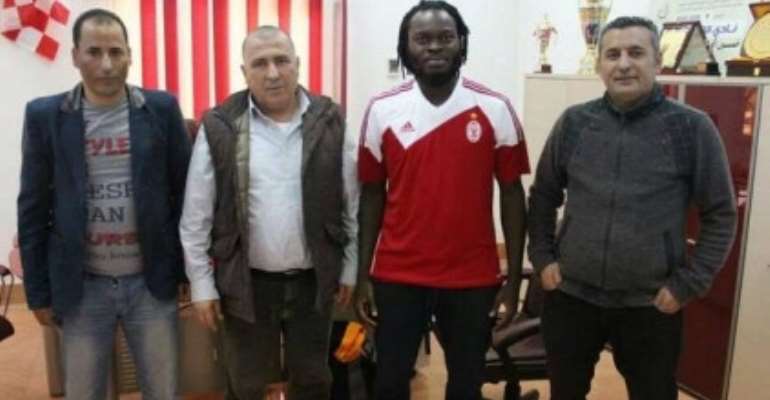 The former RTU striker who was left out of the Kotoko' Champions League squad due to injury has signed for the North African-based side for an undisclosed amount.

Al Ittihad Tripoli officials are believed to have monitored Yahaya's performance during the CHAN tournament in South Africa and were impressed by his output.

When contacted, the Ag General Manager of Asante Kotoko told Opoku Nti told Ghanasportsonline.com "We dont know anything about it because we have been looking for him for the past three days and we cannot find his whereabouts".

"I even asked Alhaji Lamin to go and look for him at his base in Tema and I just read from received a text message that Yahaya has signed for a club in Libya".

"He has a 6 month contract with Kotoko and so by the rules he can sign a pre contract but this is so unfair from him to do that to a club that has helped him up to this level. He just wanted to sign a deal so that Kotoko will not benefit anything from the deal".