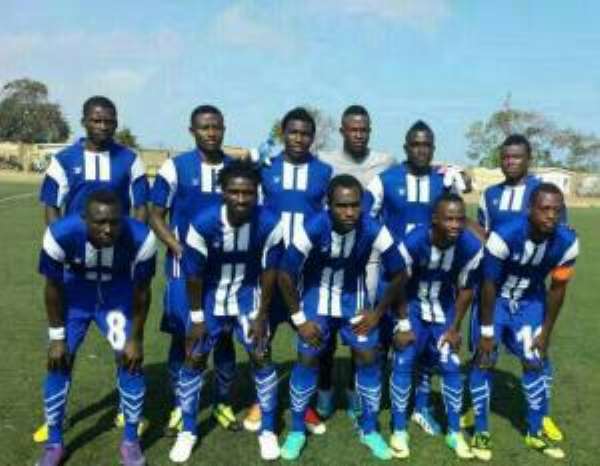 Berekum Chelsea have progressed to the next round of the Champions League after beating Atlabara FC 3-0 in a penalty shootout.

The former Ghanaian champions lost 2-0 in regulation time in the game played in Khartoum on Sunday.

The game then headed into a penalty shootout where goalkeeper Iddrisu Abu stole the show after the aggregate scoreline had been pecked at 2-2.

Iddrisu saved all three kicks while takers for Berekum Chelsea did their bid to send the home side crashing out of the tournament.

Chelsea becomes the second Ghanaian side to progress in an African club competition following the advancement of Ebusua Dwarfs who held ASC Diaraaf to a goalless draw to progress with a 1-0 aggregate scoreline.