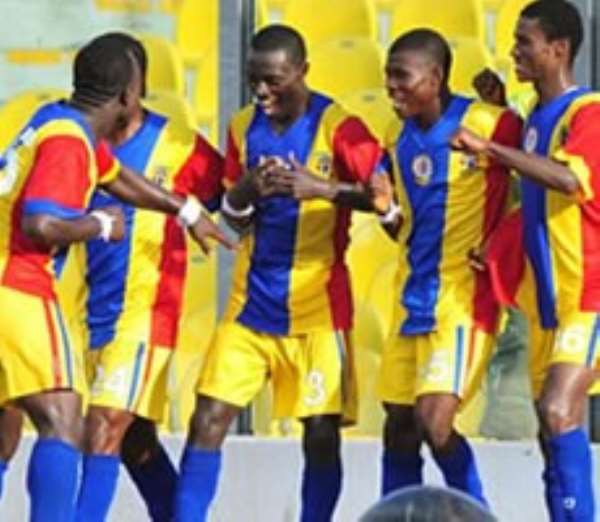 Hearts of Oak bounced back to stay in the title mix in the Premier League this season with a narrow win over Aduana Stars that eases the pressure on under-fire coach Mohammed Polo.

The Phobians claimed 1-0 victory at Dormaa on Saturday to jump second on the log and four points behind leaders, Asante Kotoko, who have two games in hand.

Eric Kumi's 57th minute goal made the difference at the Agyemang Badu Park as it handed Hearts of Oak their first win in their last four games.

The away win will boost Polo, who had come under severe pressure from fans following a string of poor results with their last league victory coming some 76 days ago.