Mahatma Otto: I'll will score more goals ahead of the World Cup 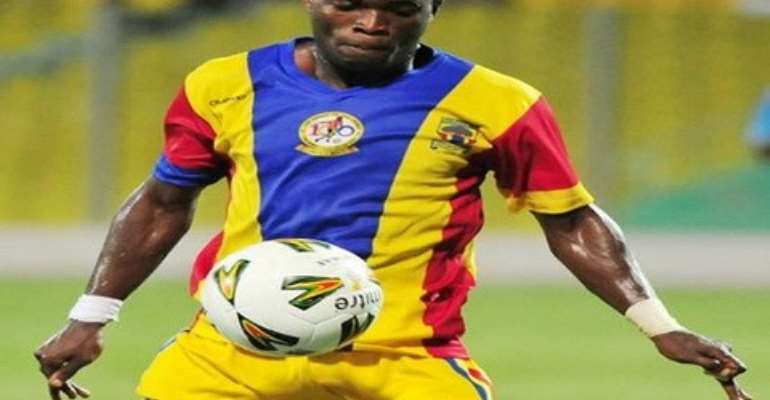 Ghana striker Mahatma Otoo  has now found his  scoring form ahead of the 2014 World Cup as he scored twice for Norwegian side Sogndal Football in their comfortable 3-0 thrashing of Florø in a club friendly at the Sognahallen on Thursday night.

The 22-year-old former Ghana Premier League Golden Shoe Award winner shot Sogndal into the lead in the 25th minute with a clinical finishing and scored his second of the game nine minutes later.

The former Hearts of Oak striker has lost his place in the Ghana squad for recent games but if his pre-season form is anything to go by, then he will be bracing himself for a recall.

"I have now familiarized myself with the playing terrain and from now on  will score in any game give the opportunity ahead of the World Cup in Brazil," he said.

Otoo, before today's brace had scored once in a friendly for Sogndal and further highlighted his fine form by scoring twice in today's game.

Otoo, who scored 20 goals to win the Ghana Premier League top scorer award last season joined Sogndal in August from Hearts of Oak but scored just one league goal for the club.