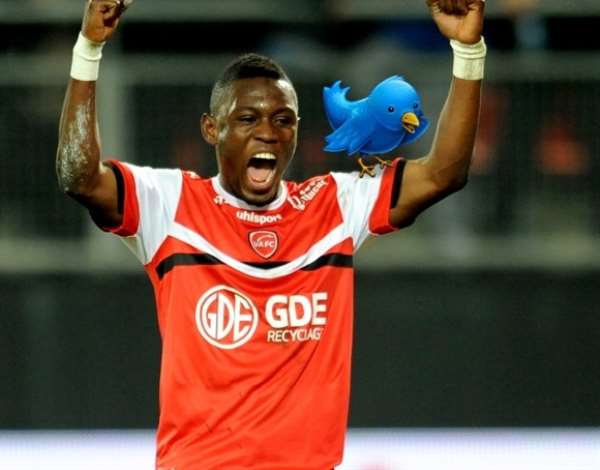 Ghana striker Abdul Majeed Waris will be eyeing revenge against Swedish legend Zlatan Ibrahimovich as he comes face-to-face with him in the French Ligue 1 on Friday night.

The 22-year-old Ghanaian goal-maker is aiming to be in the laughing side this time round at the Parc de Sport as he leads his side (Valenciennes) to play against the table-toppers.

Valenciennes are generally hoping to return from their trip with a positive result but for Waris the evening will come with an extra delight if his side wins.

He told GHANAsoccernet.com: ”PSG is a big club with a lot of high profile players including Ibrahimovich,” he said

“We have to do our best in the game to get a good result against them.”

Waris last clashed with the former Barcelona, AC Milan and Inter Milan star during his spell in Sweden when he was voted to contest for the Swedish player of the year award after winning the Golden Shoe Award.

But the ex-Ballon D'or nominee beat him to the award as he finished second.

However he could have his laugh if Valenciennes triumph over PSG though their chances of beating the giants are slimmer.

Waris has scored two times in five games for Valenciennes but he has been on the helping hand three times as he has set up important goals for his team-mates.