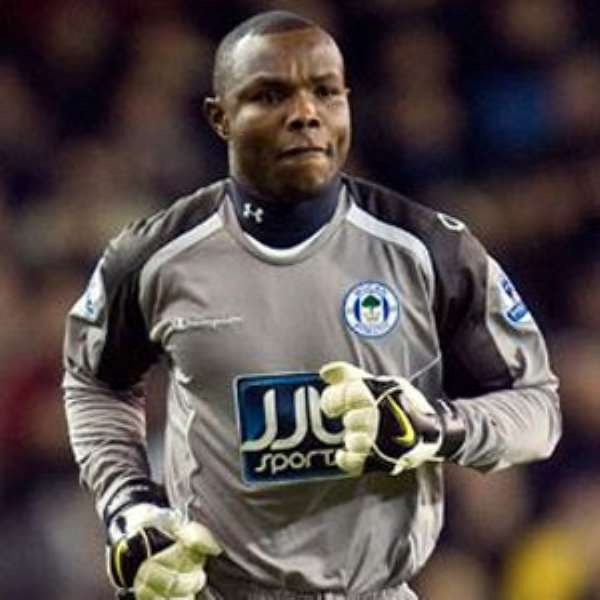 
FORMER GHANA first choice goalkeeper, is knocking hard on the doors of the Black Stars.

The shot-stopper noted that he was ready to be part of the Black Stars squad for the 2014 World Cup in Brazil.

'I am in top shape and ready to be part of the Black Stars,' Olele said in an interview on Angel FM.

The goalkeeper, who is now plying his trade in the lower ranks in Turkey, stated that he had been active lately, so he could compete for the position in the Black Stars squad, adding that age had not affected his reflexes in the goal posts.

He said he had even intensified his training lately therefore he was in the best form to man Ghana's posts.

The goalie said he was still Olele, the agile goalkeeper whom football fans used to know.