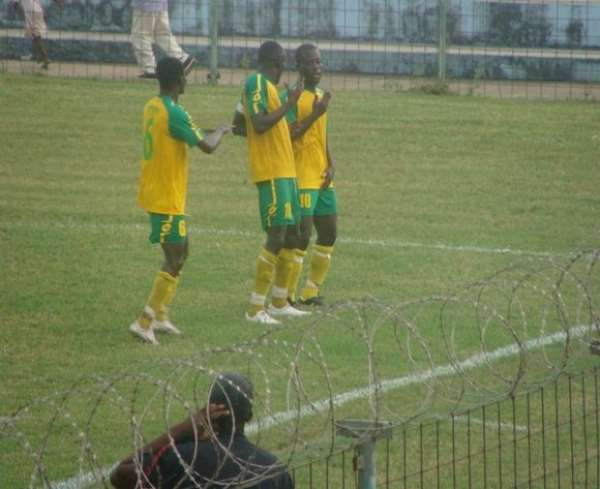 Ebusua Dwarfs travel to Dakar in search of a positive result against FC Jaraaf in the second-leg tie of their CAF Confederations Cup eliminator.

The Mysterious Club have a slim 1-0 lead from the first-leg in Cape Coast last weekend but must play above themselves if they are to hold down their berth in the competition.

Dwarfs and three other Ghanaian sides involved CAF club actions had their Ghanaian Premier League games rescheduled and so could not play any competitive game since the first-leg tie.

However, Dwarfs have been boosted by the return of head coach Professor Kwesi Mintah after some weeks out on a sick leave.

The University of Cape Coast lecturer injected some spirit into his side as they played an improved football though they could have won by a two-goal margin as they missed a penalty in the dying embers.

Captain Stephen Aidoo has been confident from day one about his team's chances of advancing through the preliminary stage.

“We have to go there and do something you know. We are highly confident of sailing through. All the boys look ready,” he said.

Dwarfs have no major injury concerns and Professor Mintah can afford the luxury of selecting his favourites for the game.

Jaraaf FC have not played a competitive domestic fixture since drawing 0-0 with ASC Suneor but the Senegalese FA awarded them 3 goals and 3 points in a boardroom decision after their intended Ligue 1 clash with Casa Sport could not come up.