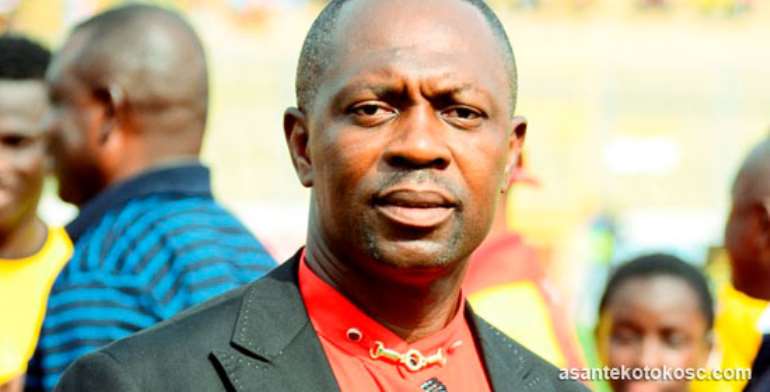 By Patrick Akoto
Kotoko acting chief Samuel Opoku Nti remains defiant about their chances of qualifying to the next stage of the CAF Champions League at the expense of Barrack Young Controllers.

The Ghanaians hold a nervy 2-1 lead from the first leg ahead of the hugely-anticipated return tie in Monrovia on Sunday.

“The difference between us and them is that, we created several chances that we could not make full use of. So drawing from that, when they open up, we will be able to use one or two of them to silence them at their own backyard,” he told the club's official website.

“This is the more reason why I think our supporters should calm down. In football it is not over until the final whistle is sounded. They came to execute their game plan. How difficult will it be for us to also go there and also execute our plans?

“The most important thing supporters can do for the team is that, whilst the players work hard in their preparation for the second leg, they should also back up the preparation with their prayers.

“My hope and confidence is premised on the fact that we are able to create the chances. This make things look promising for us in the second leg match.”

Kotoko will train on the Tema synthetic pitch on Thursday before they emplane to Monrovia for the big game a day later.