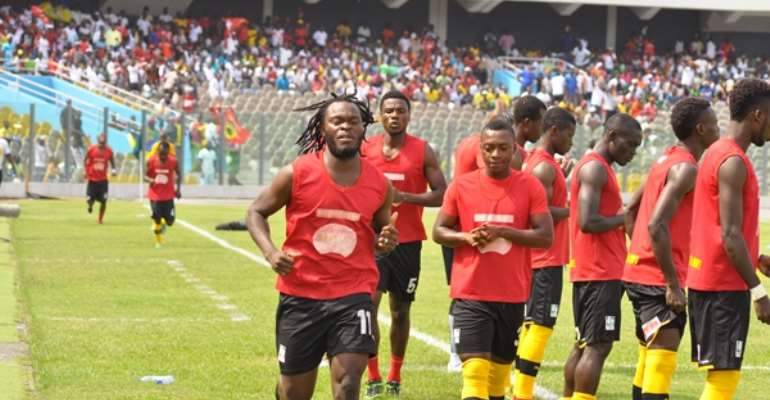 by Thomas Freeman Yeboah
Asante Kotoko will travel to Liberia without their two strikers, Yahaya Mohammed and Isaac Boakye due to various injuries.

According to George Kennedy, the Operations Manager of the club Yahaya is suffering from a swollen leg, while Boakye is sidelined due to a hamstring and added that Akuffu is doubtful for the game.

“Yahaya and Boakye are both out of the game because of a hamstring and a swollen leg respectively.”

“Meanwhile the skipper of the club Michael Akuffu is doubtful and would have to be cleared by the team's doctor tomorrow before he can make the trip to Liberia.”

Yahaya Mohammed and Michael Akuffu were out of the 1 st leg in Kumasi due to injuries they sustained during the African Nations Championship (CHAN),

But Isaac Boakye who started in the 2-1 win over Barrack Young Controllers (BYC) http://http://allsports.com.gh/2014/02/10/we-will-qualify-ahead-of-kotoko-byc-coach-lartey/ was substituted in the second half of the game and can't make it for the second leg because of a hamstring.

Kotoko have a date with BYC on Sunday 16 th February in Liberia.