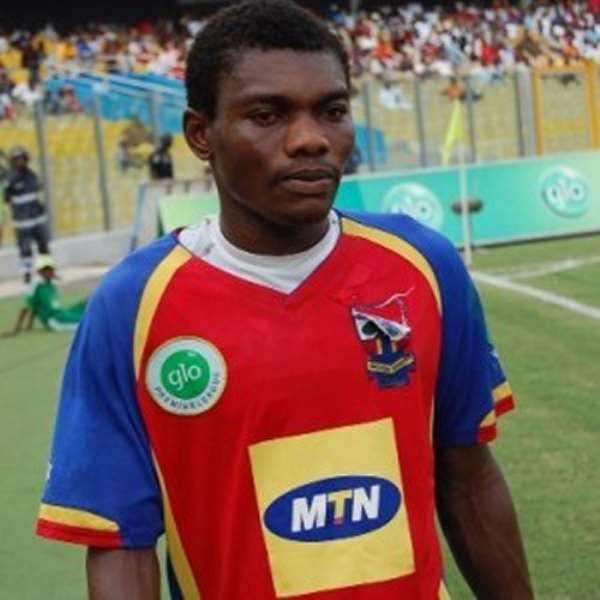 The Public Relations Officer of Hearts of Oak Muheeb Saaed has squashed reports http://Hearts of Oak to hold Stakeholders meeting today that defender Philip Boampong has swindled the club after receiving about $20,000 signing-on fees and absconding to United States (U.S) to start a new life.

Boampong returned to Hearts following the expiration of his season-long loan at Saudi Arabian side Al-Shoalah.

Graphic Sports Newspaper reports that the 24-year-old signed for Hearts in a deal worth GH¢45,000 (¢450million) for three years and left the country almost immediately after the deal and is now cooling off in the United States.

The report further stated that Boampong left the shores of the country unceremoniously after signing for Hearts and is unlikely to be available any sooner.

But Saaed has come out to refute that publication, saying: “Reports that Philip Boampong has gone AWOL or swindled Hearts is not true,” he told Allsports.com.gh.

“Hearts of Oak is fully aware that Philip Boampong is on trials in the U.S.”

“Boampong made it clear when he was signing with us that he has a link with a U.S club and that he'll leave to join them when the time comes.”

“We agreed with him that he can leave for the US club if he suceeds with his trials with them. If he fails too, he should return and serve his contract with us.”

“If Boampong passes his trials, Hearts will transfer him to the U.S club. So there is nothing like Boampong swerving or going on AWOL with Hearts.”