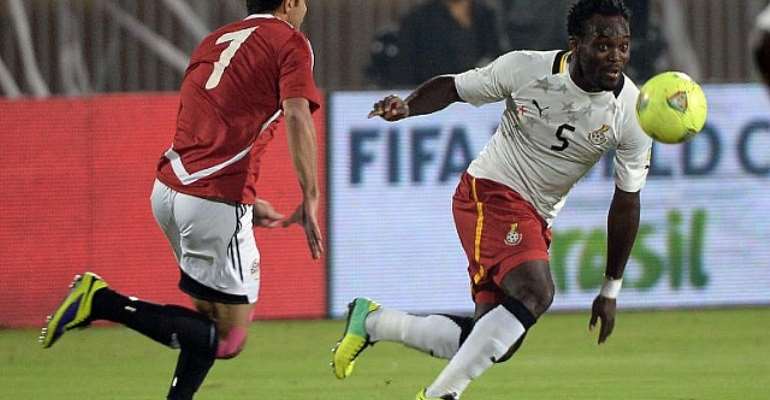 Michael Essien hopes his time with AC Milan will put him a good stead ahead of the World Cup finals in Brazil.

The Ghana midfielder joined the Serie A club following his transfer from Chelsea in January http://AC Milan confirm Essien capture after a bit-part role for the London side.

Essien is working hard to feature regularly at Milan, who will play their UEFA Champions League last-16 tie against Atletico Madrid this month without the Ghanaian's Black Stars teammate, Sulley Muntari and Riccardo Montolivo, as both are suspended for the first leg.

“The coach will decide when I play,” Essien said. “If it's good for the team, it's good for me. In this way I hope to go to the World Cup in Brazil.”

With Ghana coach, Kwesi Appiah running the rule over his possible targets for the World Cup, the competition for places in the national team continues to increase.

And it's a situation that Essien understands very well.

“I would like to play in the World Cup with my national team. It's going to be hard, but in football anything can happen. We'll see what happens,” he said.