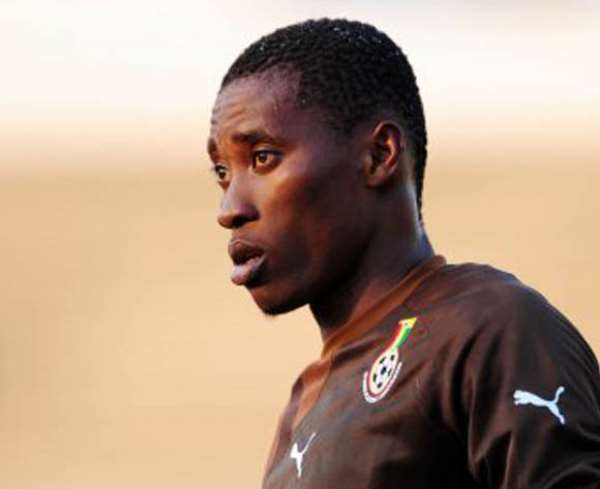 South Africa-based goalkeeper Daniel Agyei says he can be Ghana's first choice shot-stopper at the World Cup in June despite the hot competition from five other goalkeepers.

The Free State Stars goalkeeper is not certain of making the team to Brazil as Local Black Stars hot-shot Stephen Adams, Razak Brimah and Richard Kingson are all in contention.

Fatau Dauda and Adams Kwarasey are all but certain to clinch places in the final 23-man squad to be named for the tournament which means there is only one place up for grabs.

Despite the intense competition for the final place in the squad, Agyei is confident he will make the squad and become the first choice at the tournament in Brazil.

“Ghana has a lot of good goalkeepers but the coach is the only man to make a decision of his final three for Brazil,” Agyei said.

“Fatau and Adam are world-class goalkeepers and so am I.

“We all have to impress the coach to make our claim for the World Cup and this is where I believe I can be the number one in Brazil.

“I have been training hard and I believe I have what it takes to be a success at the world cup if given the chance.”

Agyei was also an unused substitute at the last edition in South Africa where the Black Stars reached the last eight.

Do you think goalkeeper Daniel Agyei is capable to grabbing Ghana's first choice position? Make your views known in the box below