Dauda to start for Pirates with Meyiwa injured 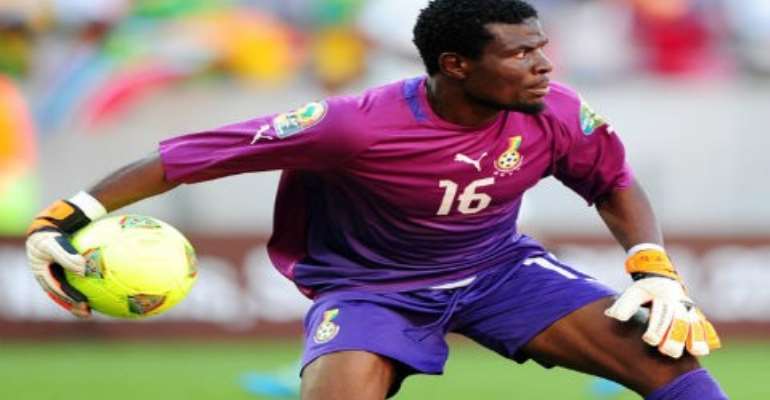 Senzo Meyiwa will not travel with his team-mates to Qwaqwa to face Free State Stars on Wednesday night and the Ghanaian is set to start.

Orlando Pirates  have confirmed that goalkeeper  Senzo Meyiwa http://www.goal.com/en-gh/teams/south-africa/1599/orlando-pirates  will play no part in their game against Free State Stars on Wednesday night.

The Bucs shot-stopper is still struggling to recover from cramps he suffered during Pirates' 1-0 defeat to Mamelodi Sundowns last Saturday.

Meyiwa was forced to leave the pitch on the night, immediately after failing to stop Hlompho Kekana's rocket from outside the box.

He was then replaced by Ghanaian number one Fatau Dauda, who now has the opportunity to make his first Pirates start since arriving at the club at the beginning of the season.

Dauda has patiently been waiting for his chance in the Pirates colours, and with the Fifa World Cup around the corner, the 28-year-old will be looking to impress. http://www.goal.com/en-gh/people/south-africa/82775/senzo-meyiwa