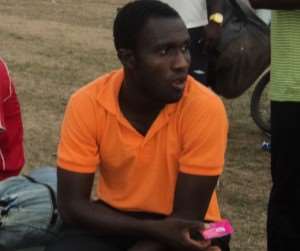 Berekum Chelsea will be without captain Obed Owusu for their CAF Champions League return fixture against Atlabara due to injury, GHANAsoccernet.com can confirm.

The striker picked up a knock during their first leg 2-0 win at the Golden City Park against the South Sudanese side.

The club has confirmed he will not be available for the return leg after failing to recover in time.

“Obed Owusu will be unavailable due an injury. He has therefore been ruled out of the return leg,” Berekum Chelsea's Dr Daniel Mensah confirmed.

The Blues will also be without Jackson Owusu who picked up a red card during the first leg tie at home.